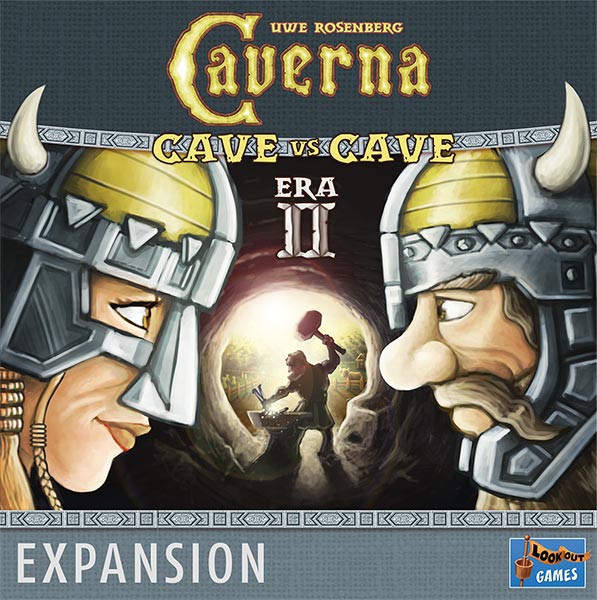 The Era II expansion for Caverna - Cave vs Cave extends the base game by four additional Rounds. Normally, in order to play Era II, you must frst play a complete game of Era I. For players who do not feel like playing through both Eras, there is a variant at the end of the rule book that allows you to play Era II without playing Era I frst.

Two dwarf tribes are living in this remote valley, surrounded by unclimbable mountains, for centuries already. Nobody remembers how exactly the malevolence started, but the distrust was ever growing since. Both tribes try to be better than the other, jealously protecting their resources and wealth. In order to grow their wealth, the "Uwendirs" and the "Rosendils" are mining the mountains deeper and deeper and since some time now they find more and more of an unknown ore with exceptional properties to forge weapons from it: iron. With this development, nobody knows for how long it will stay peaceful in the valley...*

Caverna - Cave vs. Cave enters a new era: the Iron Age! The expansion to Uwe Rosenbergs successful 2 player adaption of Caverna offers four new rounds for one or two players, age 12 and up. The name giving iron is a new "tech tree", starting with iron ore, which needs to be mined with the help of donkeys due to its weight, that can be smelted to iron ingots and later be forged to weapons. The expansion actually extends the base game by four more rounds (an alternate start variant to directly start with Era II is included) which increases the overall playtime to 45 - 60 minutes. Caverna - Cave vs. Cave: Era II - Iron Age keeps the mechanics from the base game. Both players are choosing an action tile when it's their turn and carry out the depicted action immediately. As the expansion extends the base game, players start Era II with four dwarfs (four actions per round) already. Additionally 21 new cavern rooms are included which find their place on a cavern board extension (remember, your tribe is digging deeper and deeper into the mountain) with eight new building spaces. There is also an extension for the "goods track" in order to give players enough space for all the new resources. Last but not least, we included a score pad to help you with end game scoring.

*Just to be sure: This expansion does not offer any kind of fighting mechanic et all! If such a mechanic will be included in the world of Caverna is something only Uwe Rosenberg knows. 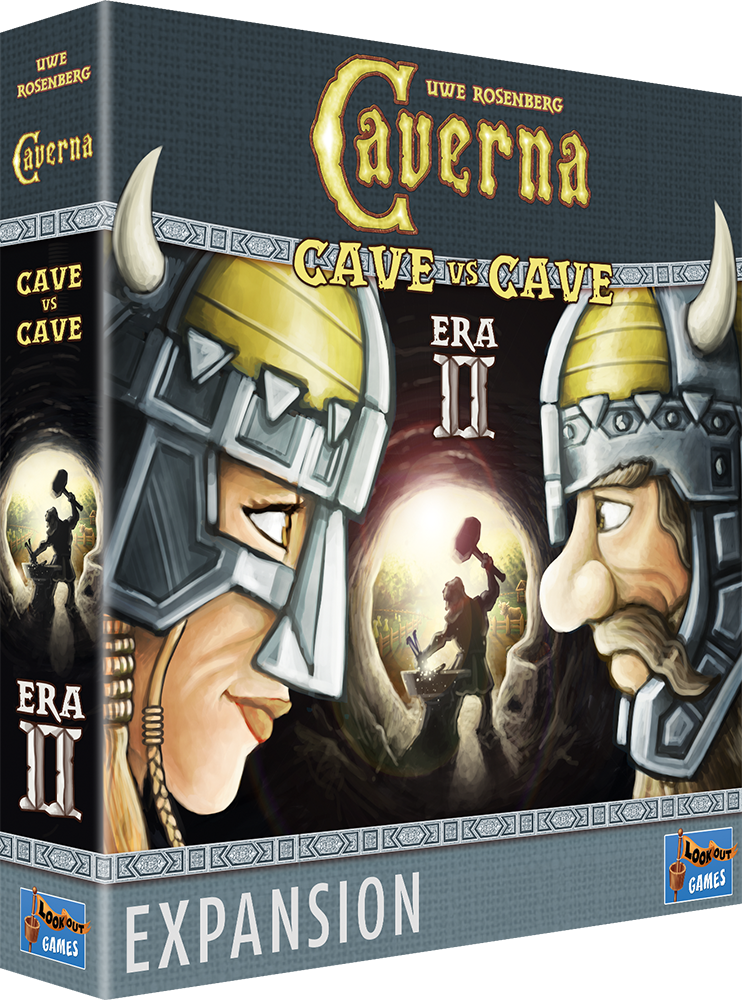 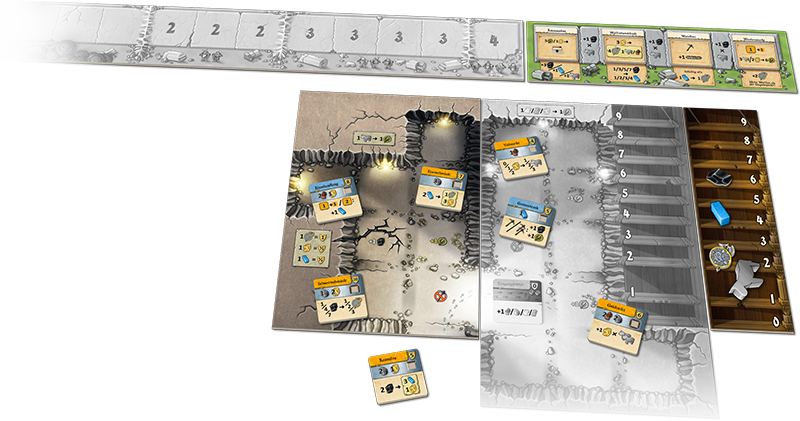