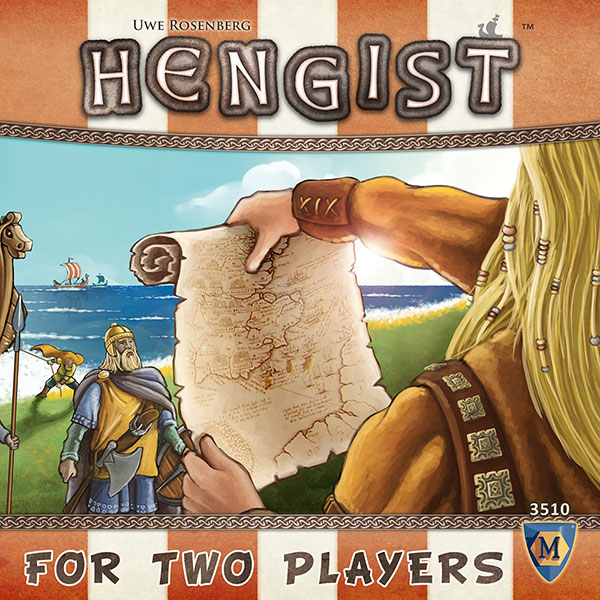 Thirty years have already passed since the Roman legions left Britain. The Picts and Scots have gained in power and are pushing inland. To save Britain, Vortigern has asked you and your brother Horsa that you leave Saxony with your tribes and help protect Britain. Over the years he has become a little greedy though and does not pay you enough. It is time to take matters into your own hands and take what is rightfully yours! You have good enough maps, strong fighters, and boats. There are so many towns, villages, monasteries, and estates waiting to be pillaged!

Who will gain the most fame and fortune?

The players compete to gather the most valuable treasure markers in this 2 player game by Uwe Rosenberg. Each player starts with a hand of cards, depicting the different terrain styles their warriors need to travel in order to get to the trasures. Unfortunately you only have a good map of the coast line, but don't know as much about the inland. This means that you don't know which of the pathes lead to which treasure chest first and you need to either push your luck or send scouts. Once you find a treasure it is yours to keep, but you are not here to get just one! So you need to find your way to the other treasures, too. Whoever finds the most valuable treasures throughout the game wins and is a real Anglo-Saxon!