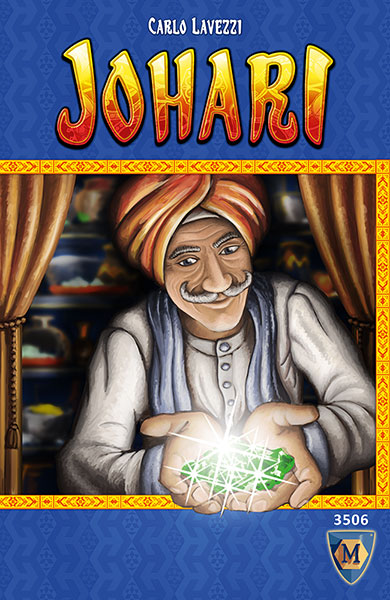 Johari, world famous jewel market in Jaipur, the best place to trade gems in all their glory! As a clever merchant you can achieve wealth and glory here, but beware of the fake gems offered by shady marketeers. Offering them is a fraud and will be punished harshly! However, not everything is bad and you can get support by nobels; for a small fee that is. Rise up and become the most honorable merchant in Johari!

Johari is the first Lookout game by designer Carlo Lavezzi. It is a simple game which still requires some strategical skill. Players buy and sell jewels and gold, hire local nobels for their support and even can bribe the market inspector to "overlook" their fake gems. Doing all this, timing is the most important aspect of the game: the later players use an action during the round, the cheaper it is. But you are risking that an opponent strikes first and baffles your plans. Players only have three actions per round and need to keep an eye on their gold income, too, which makes choosing the right action at the right time mandatory. Additionally the game has a lot of replay value, as only part of the nobles come into play and the offered gems are chanign all the time. Simple rules, strategic decision, a little luck and a lot of fun... welcome to Johari! 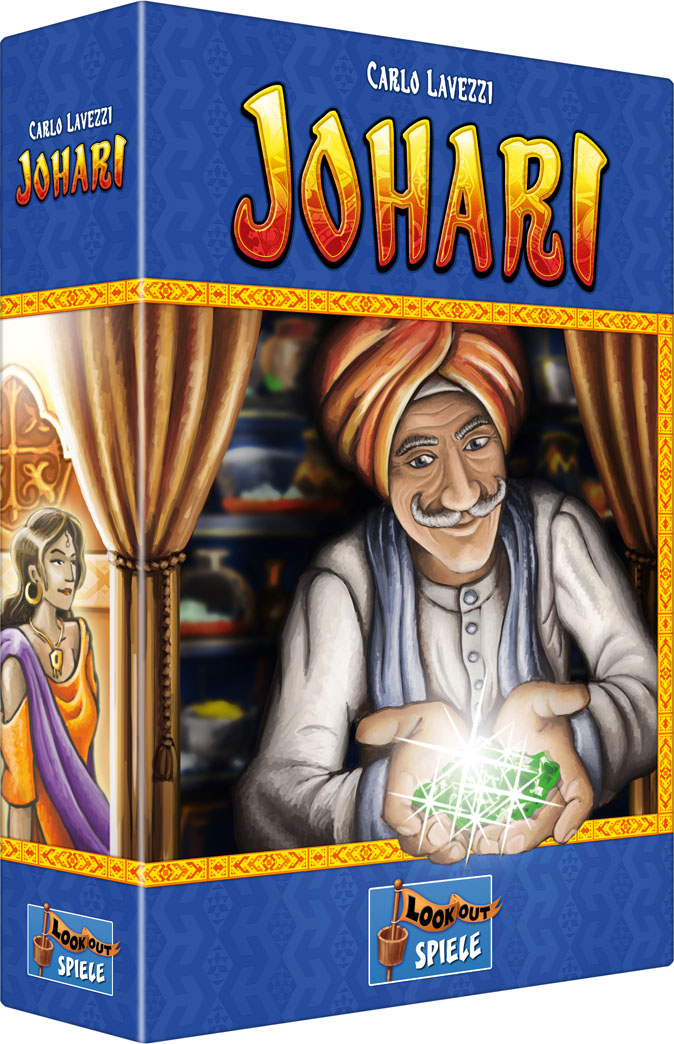