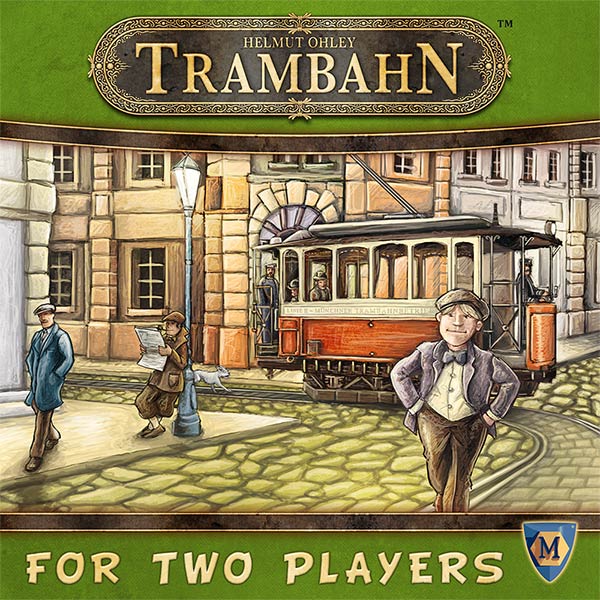 Experience the history of the streetcars in Munich (Wikipedia)

Technological advancements won't stop for streetcars! Horse powered cars will be replaced by steam engines and electrical engines afterwards. Both players are managers of opposing companies, but in the end only one streetcar company can succeed. Who will be the better manager and defeat the opponent in order to become Munichs most successful streetcar company?

Trambahn is a 2 player card game with multipourpous cards. Players can use their hand cards in different ways:

Using a card as a street car stop isn't that easy though. Stops need to be played in ascending order which creates interesting choices. Start with a low number which only gives a small amount of victory points (and has the potentiel to get very long and valuable) or directly start with a high number which might result in a rather short, but highly valuable line. At the same time players need to generate enough money for their companies, as every line needs a train to travel on. And these trains get more expensive over time. After just 10 scorings the game ends and the player with the most victory points wins.

The illustratiobns of this nice little game are based on historical post cards of the city Munich (Wikipedia) and - of course - the street cars from around 1900.