XXL News for All AGRICOLA Fans: This Is as Good as It Get’s

15 years since the release of Uwe Rosenberg's exceptional game! High time to bring former highlights and crazy farm excesses into the here and now in this anniversary edition. Everything in an XXL box, with card storage box, storage compartments for the components and the complete Agricola (revised Edition): Artifex and Agricola (Revised Edition): Bubulcus deck! An agricultural feel-good carefree package. 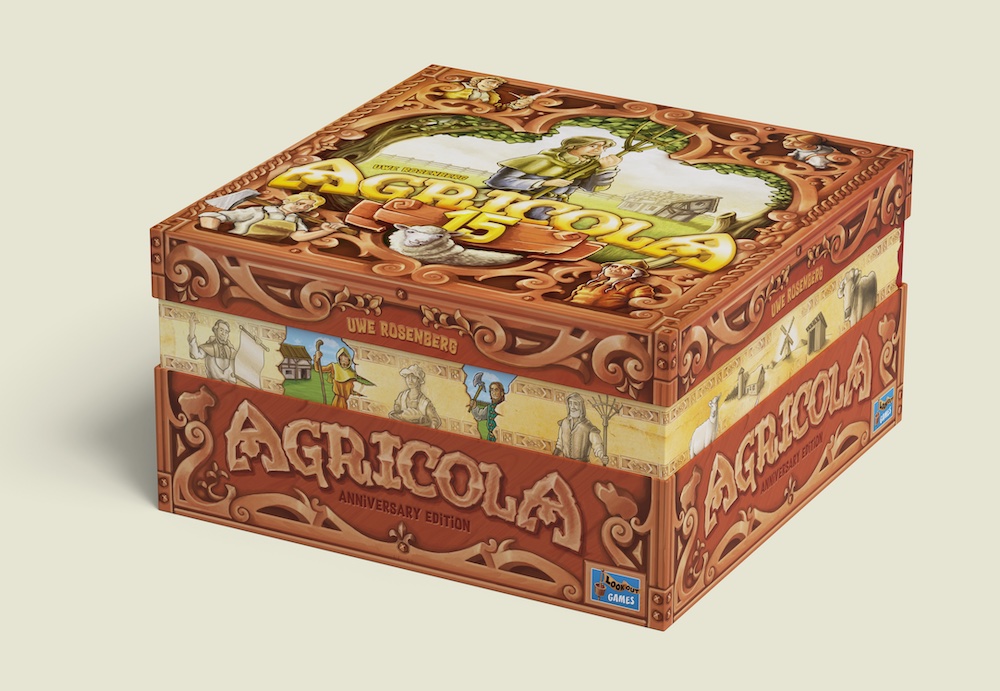 We have summed up your suggestions, wishes and proposals over the past years and – with the constantly rising material and production prices in mind – tried to keep the balance between #whatweallwant and – what retail und your purses might be in for.

Above all, the box will offer one thing fans were looking for years: a fine inlay for quick setup and storage space for all previously released expansions that are compatible with the Revised Edition!

So this is it. 15 years of Agricola - The Anniversary Box:

15 years of Agricola - The Anniversary Box will be launched at SPIEL `22 in Essen*. For our fans abroad: Asmodee and our distribution partners ordered copies in seven languages** for worldwide distribution - all of them are #limitedanniversaryedition.

Happy Easter from the Lookout Team

* For those of you who still holding on to your original Agricola edition from 2007: In 2016, the majority of all suggested improvements and updates were incorporated in the mechanics - thanks to your contribution in Agricola player groups and expert forums. This is all embedded in a nearly flawless Agricola (Revised Edition).