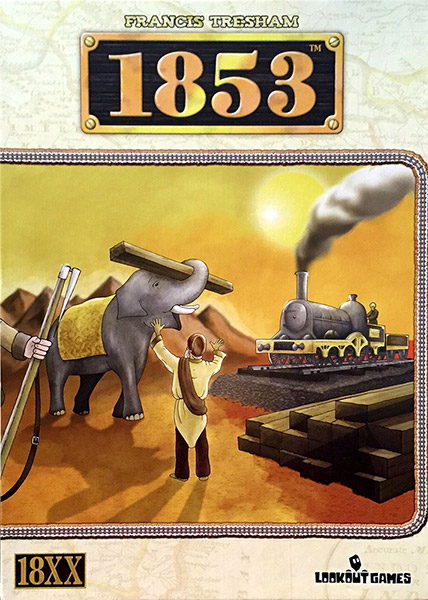 1853 belongs to the 18XX family and deals with the realization of a railway system in India during the 19th century. 3-6 players use their starting capital to get railway companies listed at the stock market, build a network of railways across the sub-continent while striving for high profits. Two different gauges make this classic special and offer new possibilities. This game by Francis Thresham was re-published for its 20th anniversary. 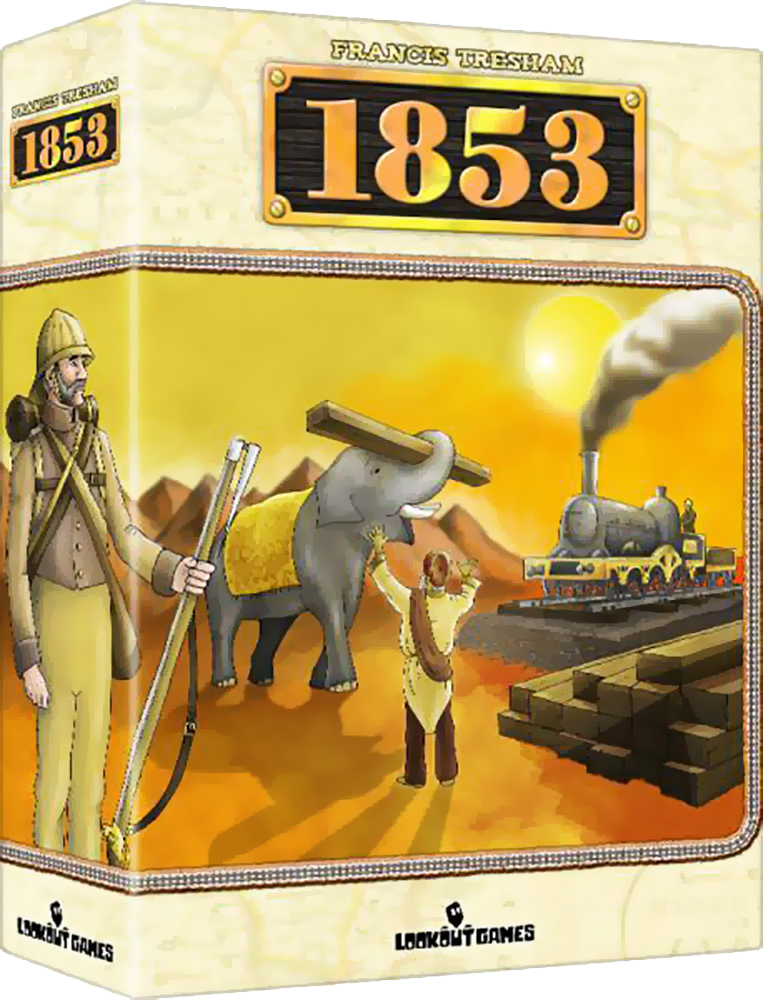