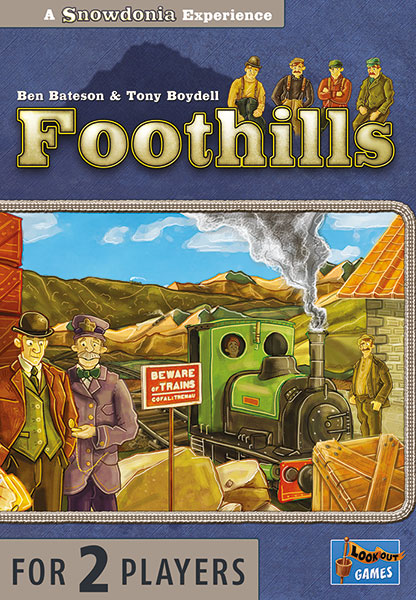 The men who built the railways arrived with sound boots and got their shovels on credit; they were issued tickets, in payment for their work, which could be spent at the Tommy Shop or (more likely) on beer! As a ganger, or foreman, you are responsible for your own team of navvies as they travel through Mid and North Wales: digging the track beds, laying the rails, and occasionally helping a passenger or two along their way. Foothills lets you participate in grand-scale railway construction while paying attention to the small details; manage your navvies work carefully and you should be able to let them go to the pub at the end of the day.

The peaks of Snowdonia rise before you, encased in mist, their summits barely visible. The highest is Snowdon (Wyddfa) herself at 1,085 metres. The year is 1894, and...

Erm, wait a second. Thats actually the introductory text of Snowdonia, the railway game by Tony Boydell from 2012, isnt it!? But we want to talk about Foothills, the new game by Tony and his friend and colleague Ben Bateson. Why Snowdonia comes to mind when doing this and what Foothills is all about is coming now:

Lets start with the similarities between the two. Foothills is definitely resembling Snowdonia regarding theme and graphic design. Both games are about railways in Wales and are illustrated by renowned illustrator Klemens Franz. Additionally there are some similarities in the game design, too. The (in)famous pub has its comeback and the Welsh names are still unspeakable for everyone not living in Wales. Last but not least, the subtle hint A Snowdonia Experience on the box isnt really helping, too.

Despite that, Foothills is absolutely a game on its own. The most obvious difference is most probably the player count, as Foothills is 2Player only. Maybe not as obvious, but way more important however, is the difference of the central game mechanic. While Snowdonia uses a classical worker placement mechanism, Foothills utilizes a clever action selection mechanism with a twist. Once you selected and carried out your action, you turn the card onto its backside which shows a completely different action. Additionally, Foothills comes with a variable setup (e. g. only 6 out of 8 tracks are used in a game) giving you variety and excitement for a lot of games to come. 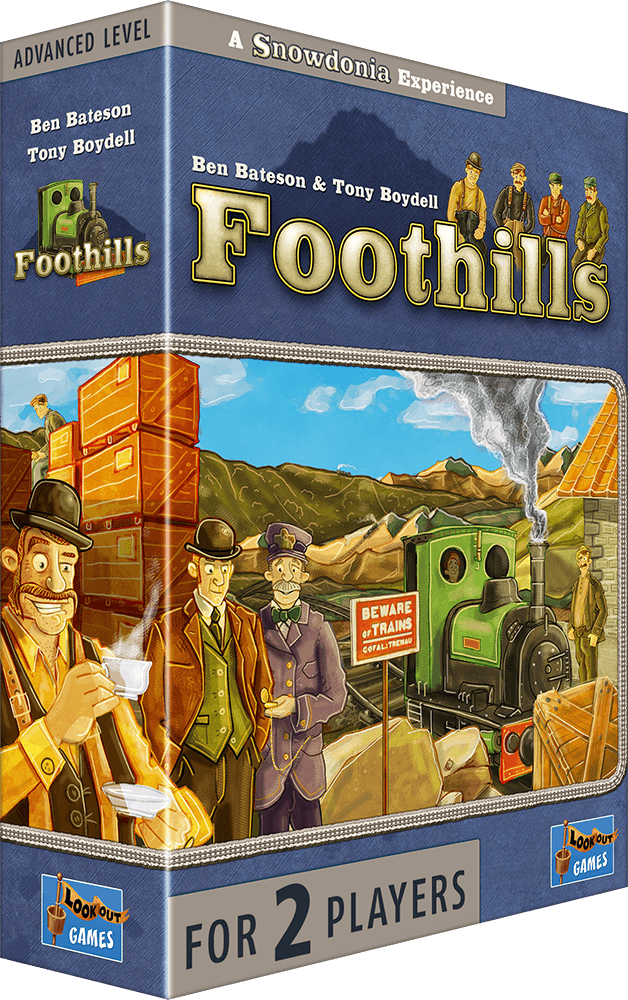 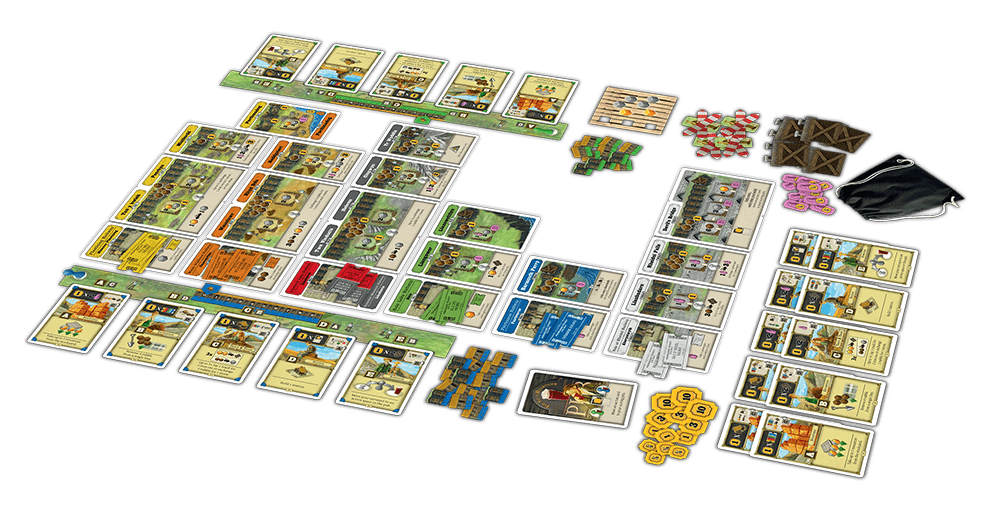 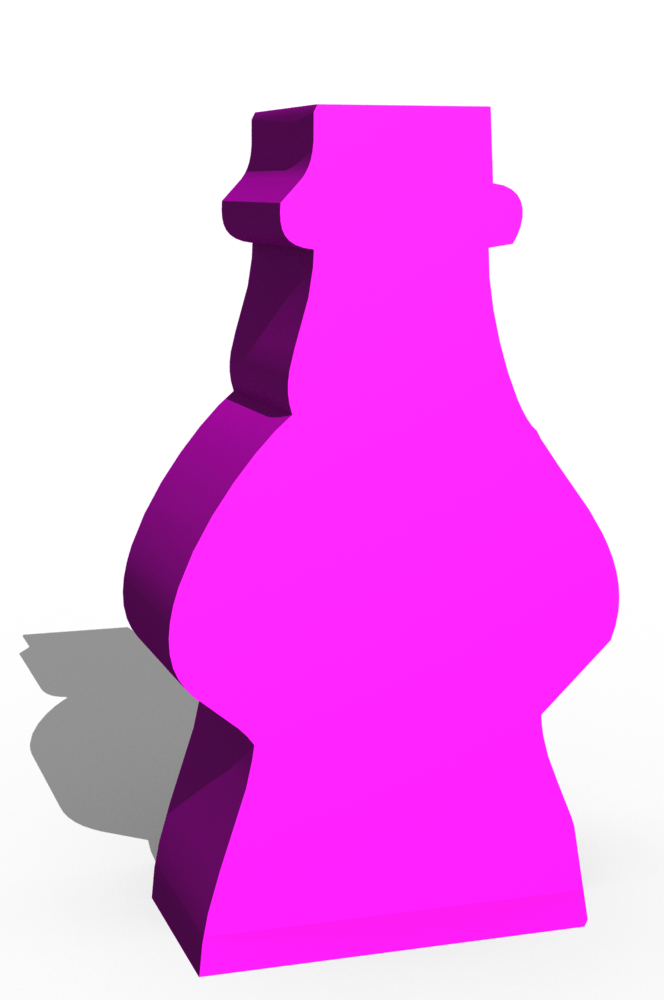 Render of the "Wood Passenger" upgrade

What exactly is the "Wood Passenger" upgrade and where can I get it?

The "Wood Passenger" upgrade is a replacement for the passenger tokens from the game, which are depicted on thick paper. You can by the upgrade seperataly in our online shop.