Isle of Skye - From Chieftain to King 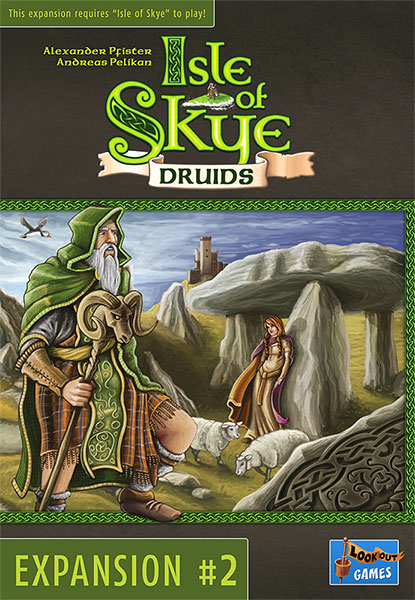 One cannot win the struggle for dominance over the island without powerful allies. As every wise king knows, power is not measured in strength and gold alone Having the support of the spiritual leaders of the country can be the decisive factor. Win the Druids over to your cause and harness the power of their mystical sacred sites for your benefit!

The full moon luminates a scene like a lullaby story your granny once told you. Several people, cloaked in long robes with mythical embroideries, start a guttural singing and fill the stone circle with their voices. You don't understand anything of the complex rituals they are performing but you do feel the magic which underlays their actions. Finally one of them steps forward, wearing the most formidable robe of them all, and invites you to enter their circle. Now it is your turn: Will you be able to convince the Druids to support your cause and your right to the throne?

Isle of Skye: Druids is the second expansion to the award winning base game Isle of Skye - From Chieftain to King by Alexander Pfister and Andreas Pelikan. The expansion is for 2 - 5 players, age 10 and up, and unleashes a tense competition for the throne of the island. While you were completely on your own in the base game, your best friend joined your undertaking in the first expansion Isle of Skye: Journeyman. Isle of Skye: Druids introduces the name giving druids to the game, giving you the opportunity to win the throne with their spiritual aid. No matter whose support you want to utilize, you are good to go as you can either play tha base game with only one of the two expansions or even with both expansions at the same time!

In contrast to Isle of Skye: Journeyman, Isle of Skye: Druids does not change any mechanics of the base game. It also doesn't add any more mechanics, keeping the game on the same level of complexity as the base game. Only phase 4 ("Buying phase") is altered slightly. Following text comes directly from the rule book and explains whats different:

The Druids expansion introduces a small change to the base game rules in that the Buy phase (phase 4) is split into two buy turns. In the first buy turn, you buy a tile from an opponent as usual. In the second buy turn, you can buy a tile from the dolmen board. These so-called Druid tiles are just like regular landscape tiles, except almost all of them either show a stone tablet or scroll. Stone tablets provide special effects that you can use until the end of the game; scrolls follow the normal base game rules 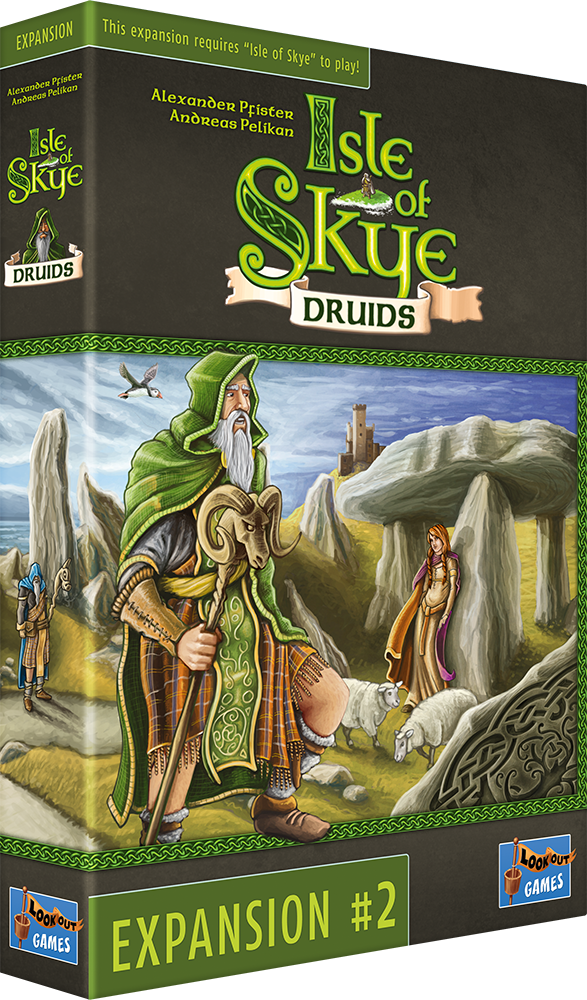 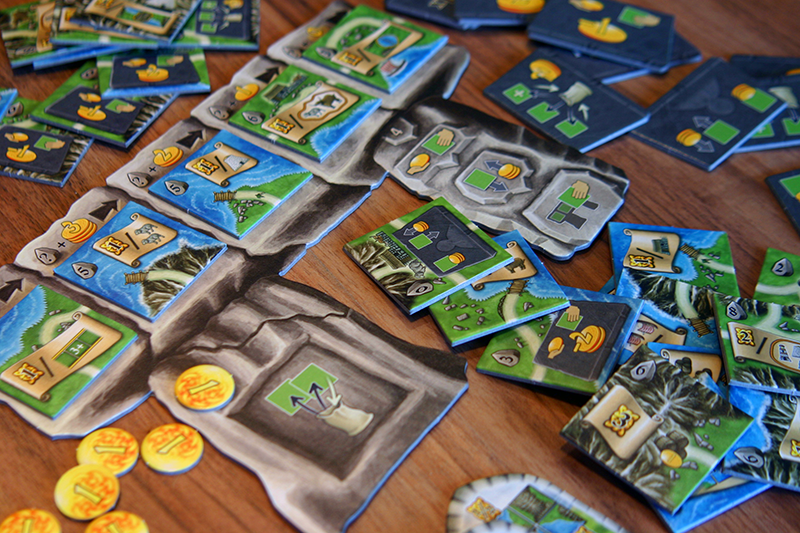 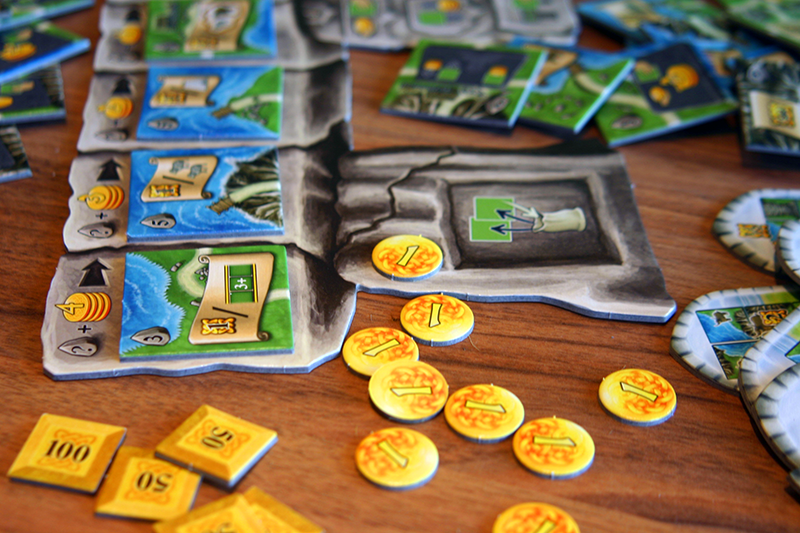 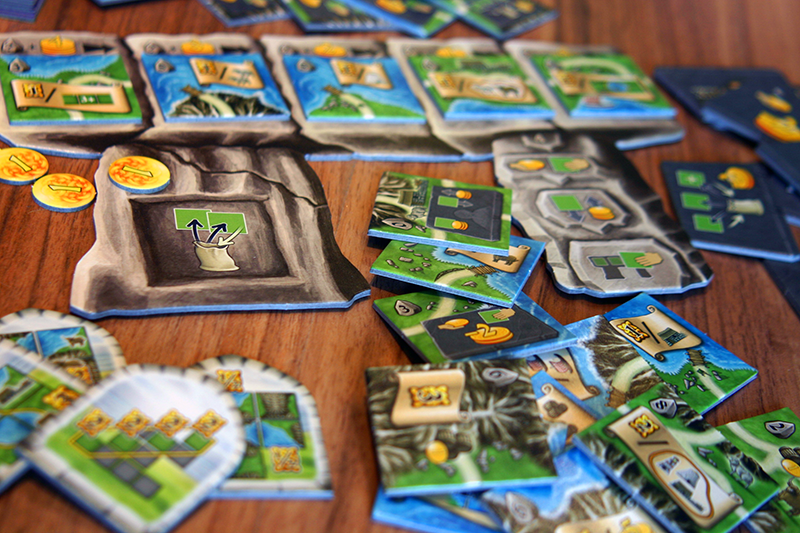 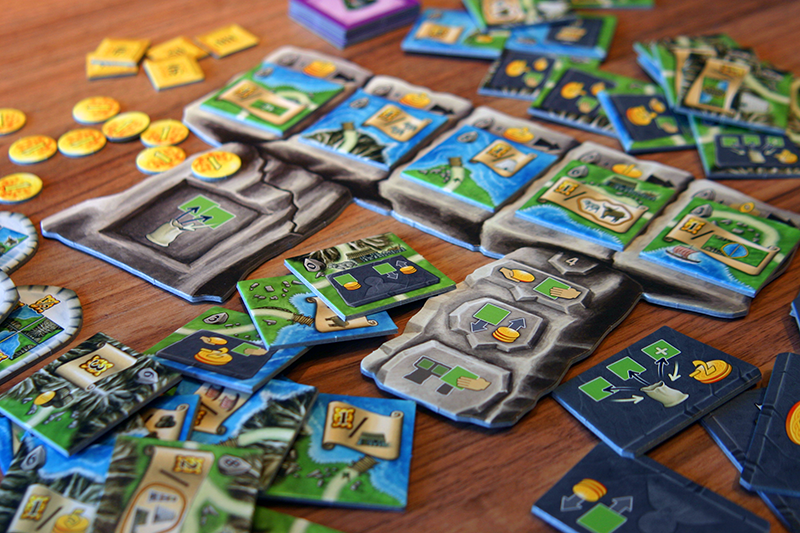