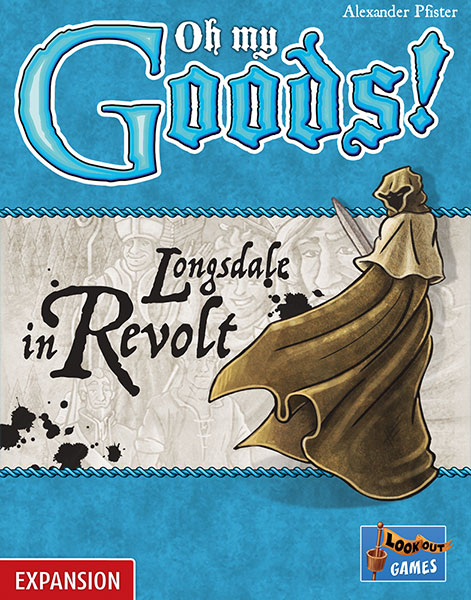 Unrest goes round in the capital, Longsdale. Some say a war is imminent. The King needs your help. Find out alone or with up to four players how this story unfolds, as told in the five chapters of this expansion. And who knows? Maybe your decisions will turn fate...

At SPIEL'15 in Essen the Österreichisches Spielemuseum had a suprise hit with Royal Goods. Unfortunately the game was only available in a limited Edition and sold out rather quickly. However, we were very happy when we got the chance to reprint the game under the title Oh my Goods! and had the opportunity to show this game to a lot more people. But that's not enough for renowned designer Alexander Pfister as he things that there is a lot more to the kingdom of Longsdale: Oh my Goods!: Longsdale in Revolt is the first expansion and compatible to both versions. The expansion adds a story driven campaign and an event mechanism which changes the course of play slightly. Instead of playing until eight buildings have been build, the event deck defines how many rounds are played. Using the event deck and a story crd the story is told to the players. However, to increae replayablility the game not only contains a All-In chapter which lets you use the new buildings without following the story, but also the event deck is constructed from more cards then needed, which ensures that no chapter plays out the same. 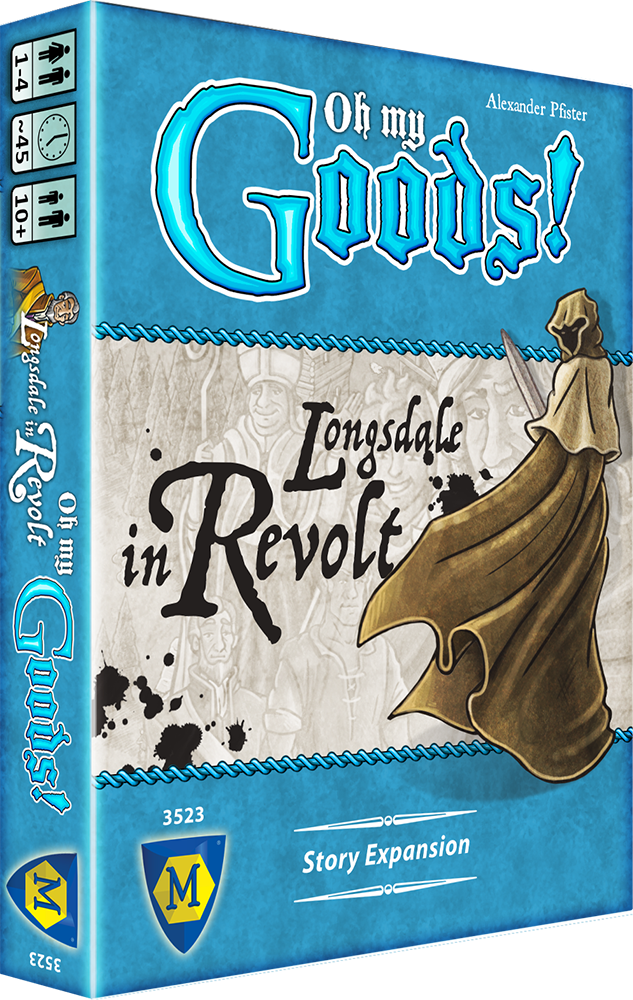 How do I know if I own /going to buy the Essen Special Edition or Retail Edition?