Create the City of Tomorrow 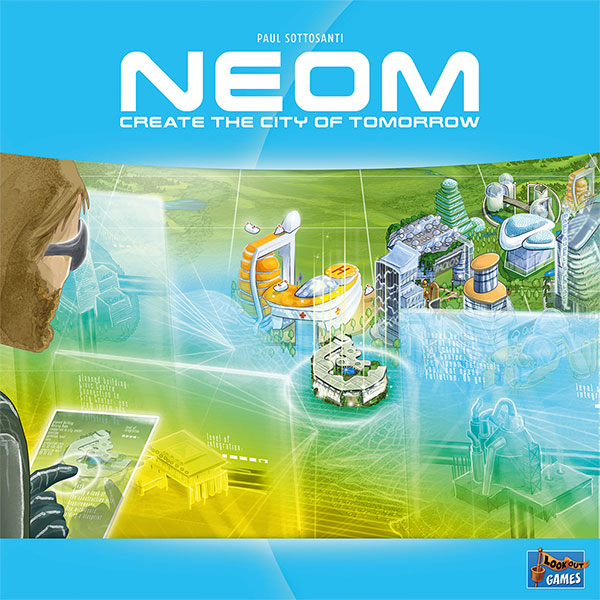 NEOM - Create the City of Tomorrow lets you build your very own futuristic city over the course of three generations. You need to choose the right building tiles in order to create beautiful residential areas, economic commercials and environmental friendly industries. Building up your city yields money and resources which can be used to build new tiles and to get victory points. Every city requires you to keep an eye on its structure or you will lose points at the end of the game - nobody likes to live next to a nuclear power plant, right?

You overlook this far and empty place from where you are standing and a light breeze is tangling your hair. Some of the investors stand next to you and talk about money, money and nothing else than money. The marketing department is discussing plans for commercials and takes a lot of photos and videos. But that's not why you are here. You breath in slowly a let all this fade from your mind. You imagine the future. Skyscrapers appear before your eyes. Parks and malls join them and slow, but steadily a city... no, a metropolis forms before you. You are the chosen one. You are the architect. You are going to Create the City of Tomorrow!

It's nothing more than a monumental task the 1 - 5 architects age 10 and up face in Paul Sottosantis NEOM - Create the City of Tomorrow. After only three generations a new city should rise on their game boards. In order to do so they draft 7 building tiles per generation and add them to their cities. But they have to watch out, because placing the tiles needs planing and strategy. The road network has to be functional, residential and industrial areas shouldn't be placed next to each other and commercials are less efficient if they don't benefit from their surroundings. After about 45 minutes the game ends and one player call themself master architect. 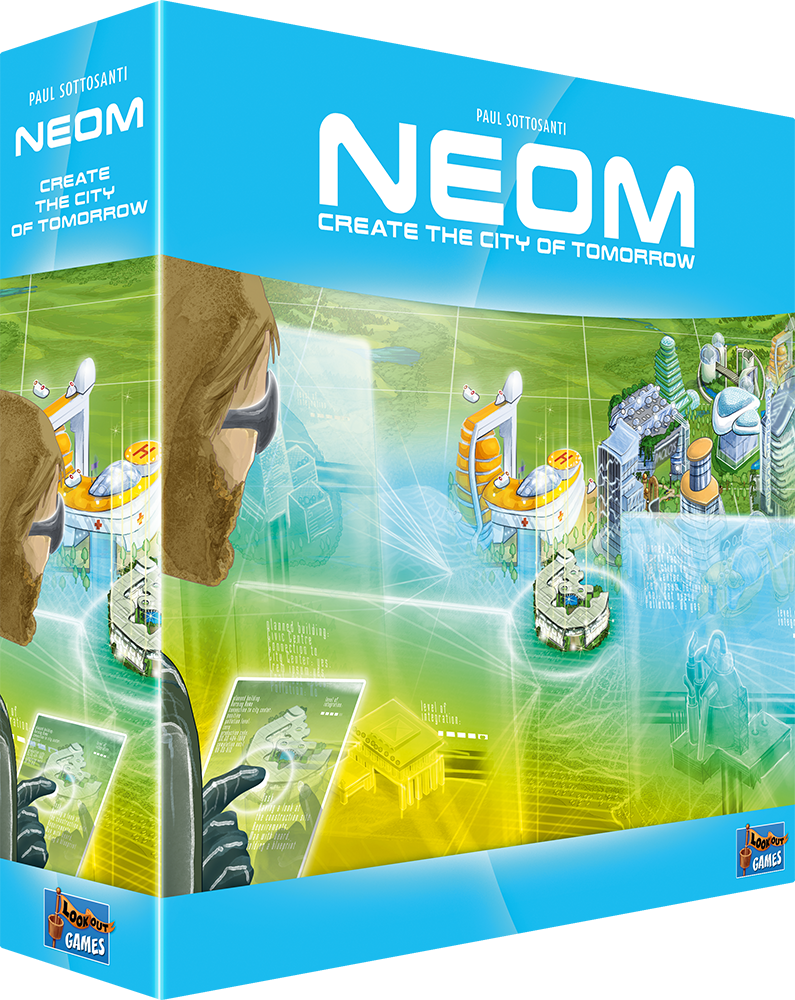 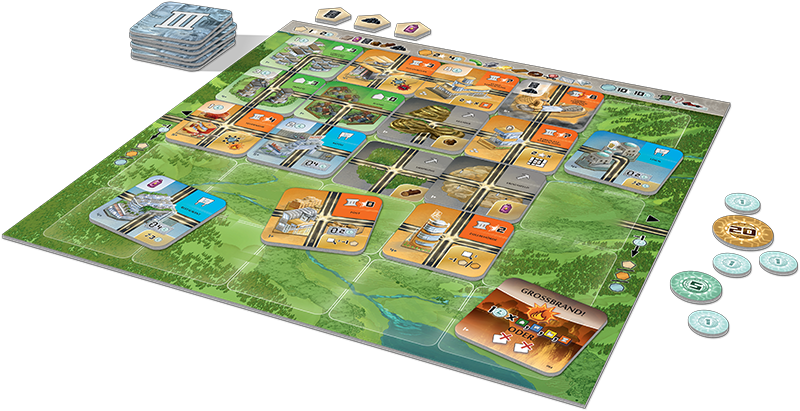