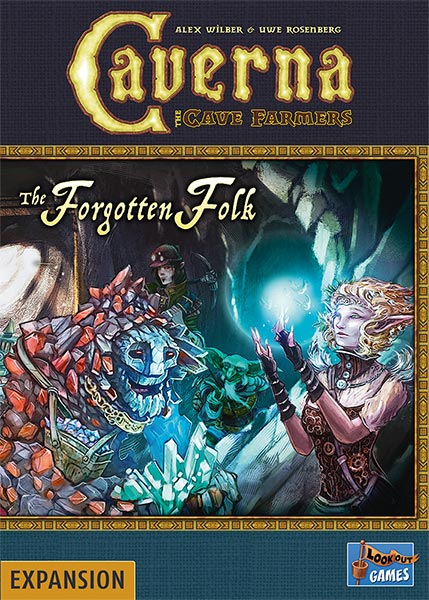 Wondrous creatures are roaming through the forests and mountains of Caverna, working the land to build a splendid future for their families. For a very long time, the dwarves thought they were the only intelligent species around. How surprised they must have been to find out that they were wrong! But theres no time to spare for pondering over where these creatures come from and what they might want. Its time to embrace the new reality and compete for the few resources there are with folk that dont seem to play by the rules ...

Hundred years ago, when I was a youngling, there where only us. No matter where you looked - in the mines, on the fields or in the caverns - only dwarfs. But that's long ago. Today there are the other folks. Some say the "Forgotten Folks" and claim that they have been here since the very beginning. But no matter if forever or just for the last hundred years, now it's time to show them that we are dwarfs and that we are ready to fight for our place in this world!

After five long years of wait Caverna - The Cave Farmers is finally getting its first expansion: Caverna: The Forgotten Folk! Designed by Alex Wilber and approved by Uwe Rosenberg this expansion offers 1 - 7 players, age 12 and up, to experience the base game from the different views of 8 Forgotten Folks. Every folk comes with its own pros and cons and might even change the base games rules for their benefit. However, the core mechanics of Caverna stay intact and therefore a game with the expansion still "only" takes about 30 minutes per player.

Cave Goblins, Dark Elves, Elves, Humans, Mountain Dwarves, Pale Ones, Silicoids and Trolls... much to compete with for our little Dwarfs from the base game (and don't forget the Halflings and Adventurers from our promos)! One thing is sure though: Alex Wilber has a vivid imagination when it comes down to creating new folks for Caverna. Fortunately he was kind enough to send the rules for all these folks, too. And what rules these are: Mountain Dwarfes can build over the tableau border (but only on the cavern side), Elves live in such harmony with nature that they don't need pastures or fields and many more surprises are awaiting you. Additionally every folk comes with four distinct furnishing tiles (which replace buildings from the base game) which are aiding theiry specific abillities. Don't worry though, these tiles are not reserved for the folk and the dwarfes, clever as they are, might be able to snatch such a beneficial tile for themselves. All in all this expansion is packed with variaty and promises a lot of exciting new experiences with Caverna! 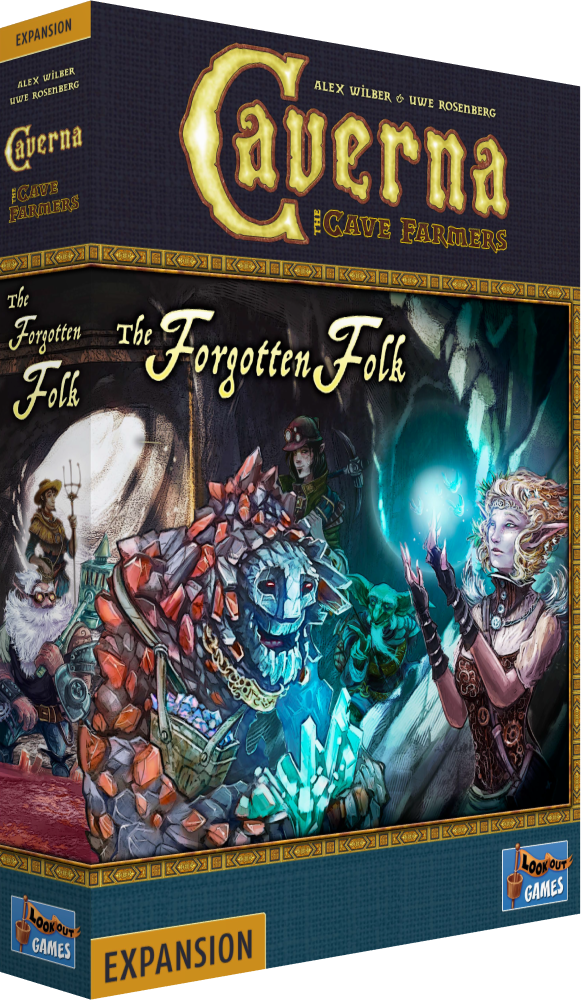 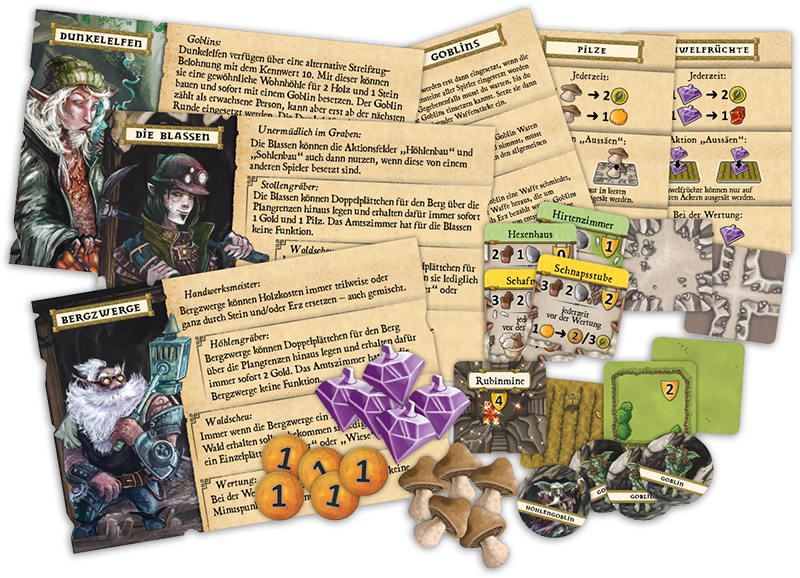 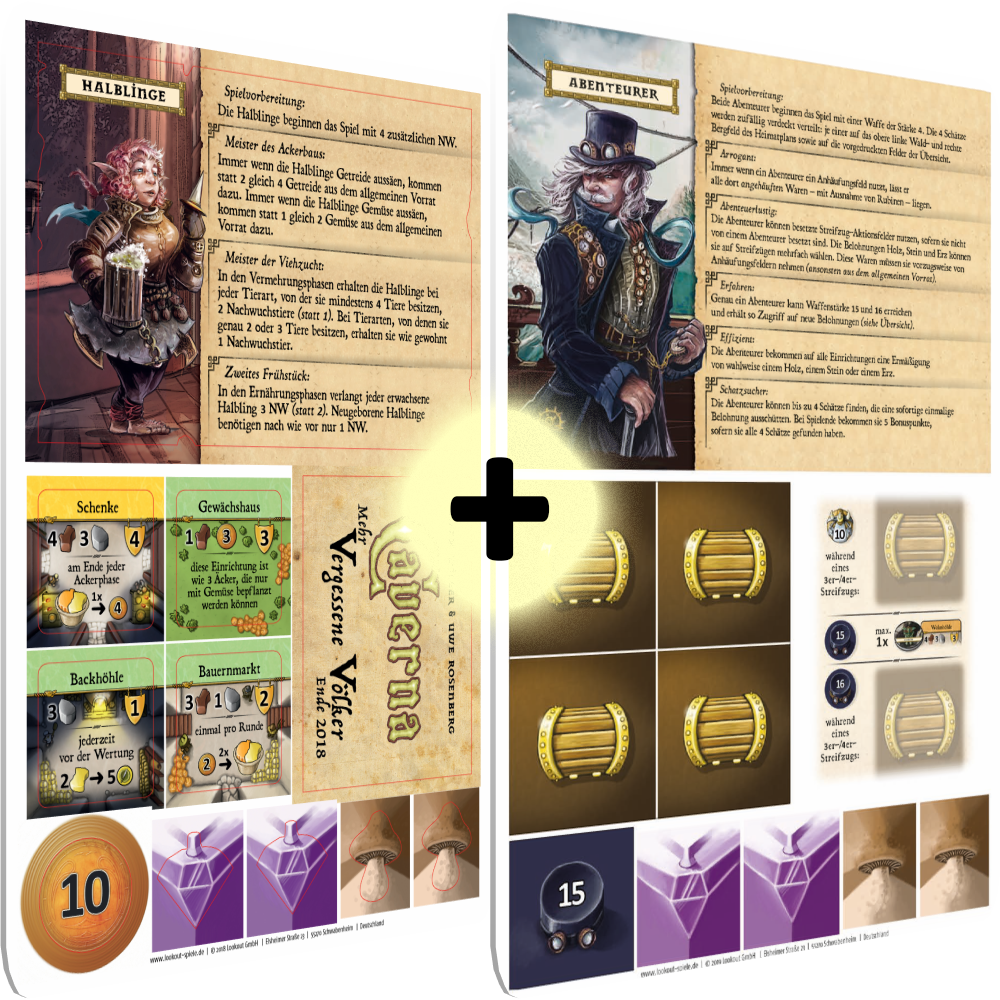 Where can I get the wooden upgrade for gem fruits and mushrooms?

The wooden token for gem fruits and mushrooms were a promo item, available at the Lookout webshop, only available as long stock lasts.
Status: sold out.

How / Where can I get the "Halflings" / "Adventurer" promo?

The promos could be found in our online shop. The "Halflings" promo is also included in the issue #10 of our customer magazine "News from the Lookout", the "Adventurer" promo is included in issue #13. For your convenience you can download both promos on this site for free!