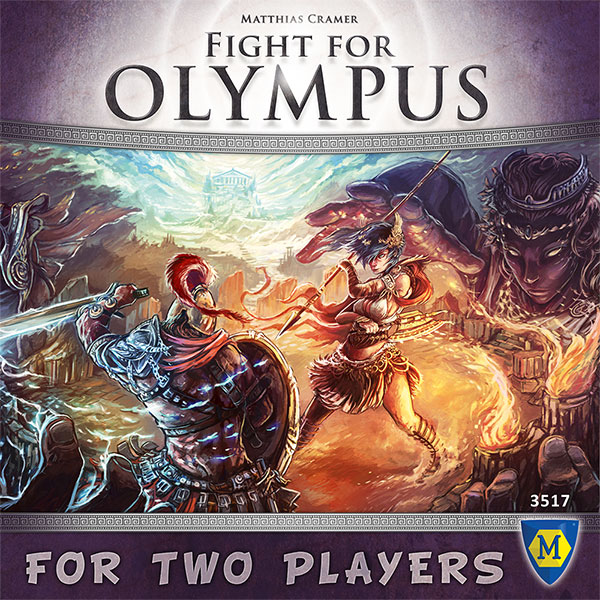 Olympus, home of the gods, goal of your dreams. As leader of your heroes you enter the final duel. Can you beat your opponent and conquer the Olymp?

Fight for Olympus is a combative card game from designer Matthias Cramer, letting 2 players duel each other for the Olymp. In order to overcome your opponent you lead your soldiers and heroes onto the battlefields of the Olymp, Delphi and Troy, each granting advantages if you hold control of them. Beautifully illustrated by Javier Gonzáles Cava Fight for Olympus offers a quick and fun intermezzo on every game night.

Each player starts with a hand of cards. The cards can be a unit (soldier or hero, who can be send to a battlefield), an equipment (to aid soldiers or heroes) or they can be used as payment in order to play a card. Every unit and equipment depicts how much cards of which color need to be discarded in order to pay for them. All cards have either a color or are a joker which means that they can be used for every color. After discarding the needed amount of cards, the player decides were he wants to play the chosen unit or equipment. Equipment needs to be attached to an already played unit and stays with this unit until the unit is destroyed (or until the end of the game). Units go to one of the three battlefields, each of them offering different amounts of space for units and different advantages for the controling player. The Olymp offers the crucial victory points, Delphi - as the place of the Oracle - offers special oracle markers which can be used as payment for cards and Troy enables the player to enlist more soldiers and heroes (by drawing more hand cards). Directly after playing a card, the battle begins. The attacking player carries out all the attacks of their units in order from Troy over Delphi to the Olymp. Each unit either attacks the opponents unit which is lying directly on the opposite space of the battlefield or grants the bonus of the battlefield. The oponent has to wait until their turn to take revenge for the attacks as they are not carried out directly. Last but not least, the active player draws new cards in order to be prepared for the next round. 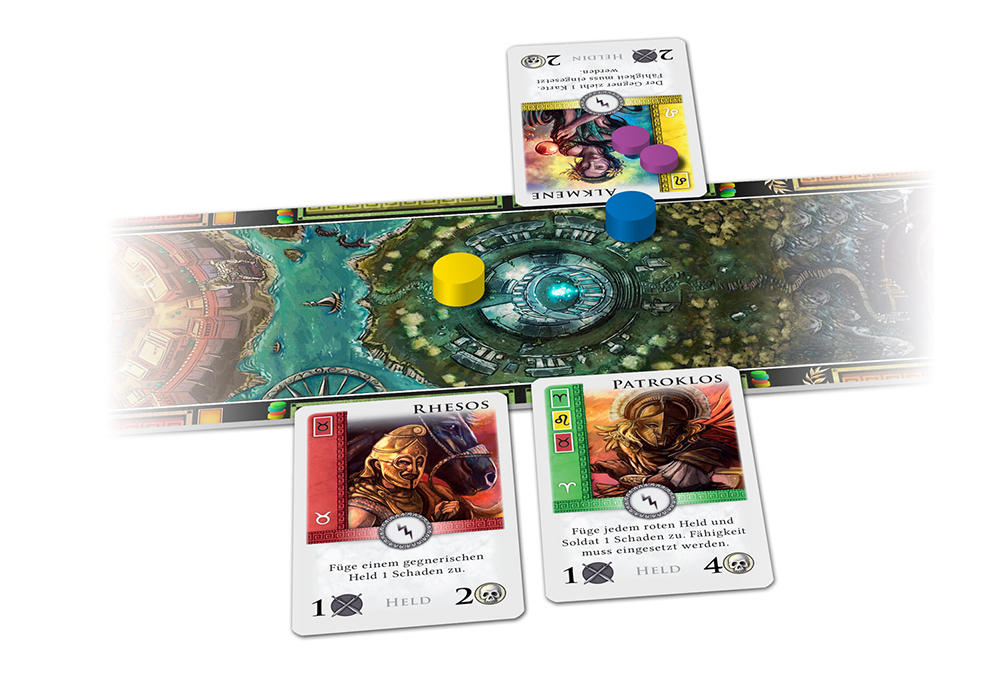