Does game design influence our future? 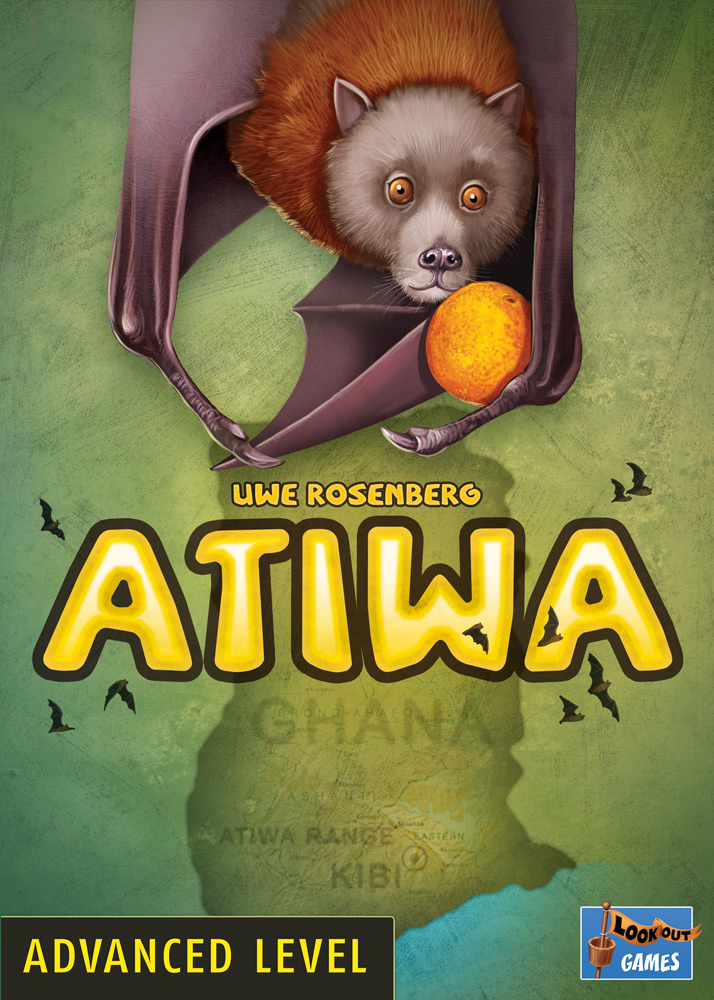 ATIWA, the new hit game by Uwe Rosenberg, carries the hope for a better environment.

At UK Games Expo , we presented our new Uwe Rosenberg game for the very first time: ATIWA takes players to Ghana, West Africa, to a village community on the edge of a nature reserve that provides clean drinking water to a large area.

In the role of a family of fruit growers, players learn that fruit bats - formerly feared and hunted as fruit thieves - are in fact incredibly useful animals. While the nocturnal animals continue to eat fruit from the trees, in doing so they equally disperse seeds over vast areas of the country. In this way, they help to reforest fallow land and - in the medium term - improve harvests. This realization has led to a symbiotic cooperation between fruit bats and the fruit farms. The animals are kept as "pets" in order to increase the size of the farms more quickly. Tall trees are left as roosts, providing shelter for them rather than hunting them for their scant meat. However, if you have a lot of fruit bats, you need a lot of space...

Experts are needed in this classic worker placement game, especially since the game features lots of cards and over 300 wooden components(including many, many #batmeeples). The perfect balance between fruit bats and the growth of the farm is the key to success and thus to victory. ATIWA, the new Uwe Rosenberg for 1-4 game expert players aged 12 and up will be available at SPIEL '22 in Essen this October. Just look out for the #fruitbats!

Since we've received a lot of inquiries about the game since the weekend and especially regarding the cover, we've put a more detailed press release alongside our announcement to be able to answer your questions. The full press release can be viewed and downloaded via the following link: